How Walking in Nature Changes the Brain

I want to share with you an interesting article in the NY Times about "How Walking in Nature Changes the Brain" for the good! This is not news to any of us, but nice to know that what we've intuited and experienced ourselves, is borne out by scientific study. The importance of RRA and green spaces like the Arboretum will become increasingly more and more important as the pressure in our culture changes with all the issues that challenge us. We're very lucky to have the Arboretum, and our duty to protect and promote it goes beyond our simply being a resource for the community. Our overall mission is broader and more far reaching. And I'm happy that we share this responsibility. Onward.....

How Walking in Nature Changes the Brain
By Gretchen Reynolds 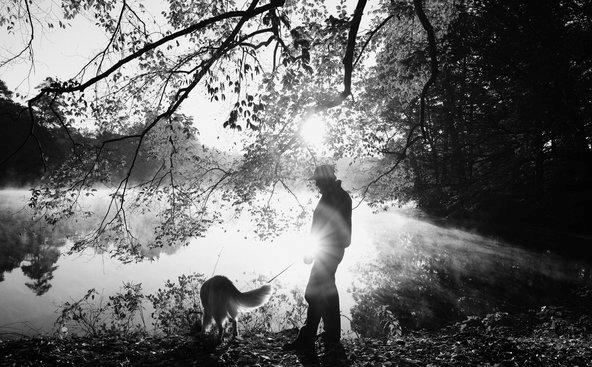 Gretchen Reynolds on the science of fitness.

A walk in the park may soothe the mind and, in the process, change the workings of our brains in ways that improve our mental health, according to an interesting new study of the physical effects on the brain of visiting nature.

Most of us today live in cities and spend far less time outside in green, natural spaces than people did several generations ago.

City dwellers also have a higher risk for anxiety, depression and other mental illnesses than people living outside urban centers, studies show.

These developments seem to be linked to some extent, according to a growing body of research. Various studies have found that urban dwellers with little access to green spaces have a higher incidence of psychological problems than people living near parks and that city dwellers who visit natural environments have lower levels of stress hormones immediately afterward than people who have not recently been outside.

But just how a visit to a park or other green space might alter mood has been unclear. Does experiencing nature actually change our brains in some way that affects our emotional health?

That possibility intrigued Gregory Bratman, a graduate student at the Emmett Interdisciplinary Program in Environment and Resources at Stanford University, who has been studying the psychological effects of urban living. In an earlier study published last month, he and his colleagues found that volunteers who walked briefly through a lush, green portion of the Stanford campus were more attentive and happier afterward than volunteers who strolled for the same amount of time near heavy traffic.

But that study did not examine the neurological mechanisms that might underlie the effects of being outside in nature.

So for the new study, which was published last week in Proceedings of the National Academy of Sciences, Mr. Bratman and his collaborators decided to closely scrutinize what effect a walk might have on a person's tendency to brood.

Brooding, which is known among cognitive scientists as morbid rumination, is a mental state familiar to most of us, in which we can't seem to stop chewing over the ways in which things are wrong with ourselves and our lives. This broken-record fretting is not healthy or helpful. It can be a precursor to depression and is disproportionately common among city dwellers compared with people living outside urban areas, studies show.

Perhaps most interesting for the purposes of Mr. Bratman and his colleagues, however, such rumination also is strongly associated with increased activity in a portion of the brain known as the subgenual prefrontal cortex.

If the researchers could track activity in that part of the brain before and after people visited nature, Mr. Bratman realized, they would have a better idea about whether and to what extent nature changes people's minds.

Mr. Bratman and his colleagues first gathered 38 healthy, adult city dwellers and asked them to complete a questionnaire to determine their normal level of morbid rumination.

The researchers also checked for brain activity in each volunteer's subgenual prefrontal cortex, using scans that track blood flow through the brain. Greater blood flow to parts of the brain usually signals more activity in those areas.

Then the scientists randomly assigned half of the volunteers to walk for 90 minutes through a leafy, quiet, parklike portion of the Stanford campus or next to a loud, hectic, multi-lane highway in Palo Alto. The volunteers were not allowed to have companions or listen to music. They were allowed to walk at their own pace.

Immediately after completing their walks, the volunteers returned to the lab and repeated both the questionnaire and the brain scan.

As might have been expected, walking along the highway had not soothed people's minds. Blood flow to their subgenual prefrontal cortex was still high and their broodiness scores were unchanged.

But the volunteers who had strolled along the quiet, tree-lined paths showed slight but meaningful improvements in their mental health, according to their scores on the questionnaire. They were not dwelling on the negative aspects of their lives as much as they had been before the walk.

They also had less blood flow to the subgenual prefrontal cortex. That portion of their brains were quieter.

These results "strongly suggest that getting out into natural environments" could be an easy and almost immediate way to improve moods for city dwellers, Mr. Bratman said.

But of course many questions remain, he said, including how much time in nature is sufficient or ideal for our mental health, as well as what aspects of the natural world are most soothing. Is it the greenery, quiet, sunniness, loamy smells, all of those, or something else that lifts our moods? Do we need to be walking or otherwise physically active outside to gain the fullest psychological benefits? Should we be alone or could companionship amplify mood enhancements?

"There's a tremendous amount of study that still needs to be done," Mr. Bratman said.

But in the meantime, he pointed out, there is little downside to strolling through the nearest park, and some chance that you might beneficially muffle, at least for awhile, your subgenual prefrontal cortex.