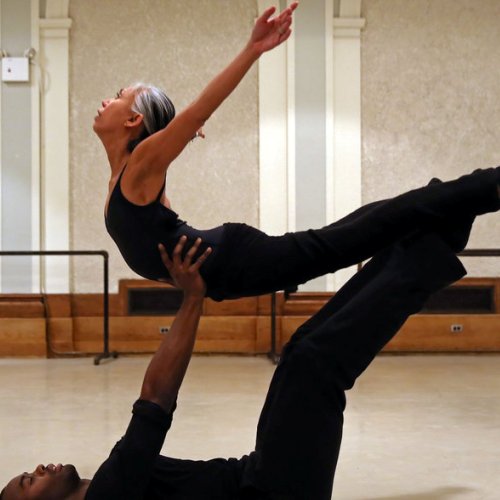 Summit, NJ Dance, music, sculpture and nature are the backdrop for the third concert in Reeves-Reed Arboretum's Sounds of a Summer Night 2016 series, INKUBATE. Elizabeth Roxas, famed soloist of the Alvin Ailey Dance Theater, will team up with dancers from the New Jersey Dance Theatre Ensemble in presenting an evening of works specifically choreographed by Ms. Roxas to illuminate and interpret the current art installations on the grounds. The theme of the exhibition entitled THE BLUE PLANET, is water, and Ms. Roxas has been inspired by the extraordinary creativity and execution of the ten participating sculptors. The audience will have the opportunity to re-experience these installations from the dancer's point of view of movement, color, sound, and visual impact.

Originally from Manila, Elizabeth Roxas became the youngest member of Ballet Philippines. She received scholarships to the Joffrey, the Martha Graham and the Ailey schools and subsequently danced with the Metropolitan Opera Ballet before joining the Alvin Ailey Dance Theater where she was a principal dancer from 1984 to 1997. The New York Times described her as "a cool, still, lyrical center of the Ailey storm." Roxas performed in the Emmy Award-winning PBS specials "Two by Dove" and Judith Jamison's "A Hymn for Alvin Ailey," was featured in a 1997 Dance Magazine cover article and named by Avenue Magazine as one of the 500 most influential Asian-Americans. She has danced on Broadway, and has choreographed in regional and off-Broadway theatres. Currently involved in restaging ballets of the Ailey cannon, Roxas is an integral part of the Ailey legacy.

Sounds of a Summer Night 2016: INKUBATE, featuring choreography by Elizabeth Roxas and dancers from NJDTE, continues on Wednesday evening, August 31. The Arboretum grounds open up at 5 pm for concertgoers to picnic and the performance is from 7 pm to 8 pm. The cost is free to RRA Members (thanks to underwriting support from Investors Bank). There is a $10 per person donation for non-members, $5 for students). Bring your blankets, lawn chairs and picnic baskets to Reeves-Reed Arboretum for Sounds of a Summer Night 2016.

Reeves-Reed Arboretum – a place to grow....for everyone!