PUT THE 'PUB' IN PUBLIC GARDEN 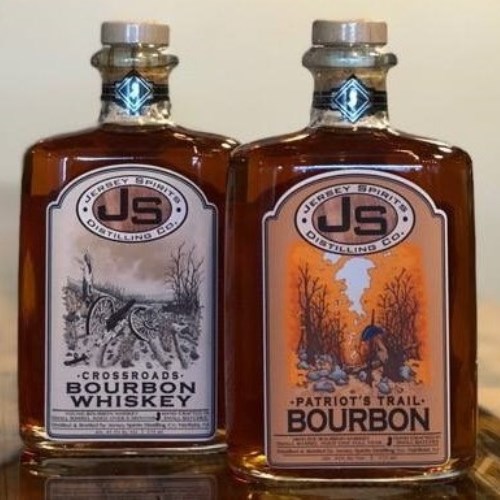 Summit, NJ According to Ben Franklin, "Beer is proof that God loves us and wants us to be happy." God knows what he might have said about bourbon. So grab your favorite beer and bourbon drinking friends and come to Reeves-Reed Arboretum on Friday, October 19 for some beer sippin', bourbon tastin' and bacon eatin', brought to you by Lagunitas Brewing Company and Jersey Distillery, all perfectly paired with a bacon-infused menu by David Ellis Events!

A beer tasting is a wonderful (and according to Franklin, perhaps celestial) place where you can sample a variety of quality craft brews. Founded in 1993 by Tony Magee as a small and furiously independent brewery, Lagunitas was recently bought by Heineken, but maintains the original culture and free spirit. "The same brewers are still making the same brews in the same brewery in the same manner with the same equipment," according to Magee. "It's just us doing what we do." A little trivia, the famous dog image on the Lagunitas logo was inspired by the dog in The Little Rascals, Petey.

One of only a handful of craft distilleries in New Jersey, Jersey Spirit Distilling Company, founded by John Granata and Susan Lord, has developed a custom still system creating small-batch products that are distinct, showcasing their unique process of in-house mashing, fermenting and distilling. A sampling of their artisanal bourbon products will surely add to the festivities. Add to the mix the wizard chefs of David Ellis Events creating tasty bits of true Southern "grease and grits hospitality," and you have a perfect match.

Put the 'PUB' in Public Garden is a fundraiser for the Arboretum. Admission to the evening's flavorful festivities is $75 per person. Reeves-Reed Arboretum members receive a $25 discount at $50 per person. Reservations are requested. Please call Doreen Schindler at 908-273-8787 x 1010, or d.schindler@reeves-reedarboretum.org to reserve.

Or sign up on line at www.reeves-reedarboretum.org. RSVP by October 16.

Celebrating over 40 years as a historic public garden and education resource, Reeves-Reed Arboretum engages, educates and enriches the public through horticulture and environmental education, and the care and utilization of the gardens and estate. Open 7 days, the Arboretum is listed on both the National and New Jersey State Historic Registers. Funding for RRA has been made possible in part by the NJ Historical Commission, a division of the Department of State, through a grant administered by the Union County Office of Cultural & Heritage Affairs, Dept. of Parks & Community Renewal.

REEVES-REED ARBORETUM....a place to grow for everyone!