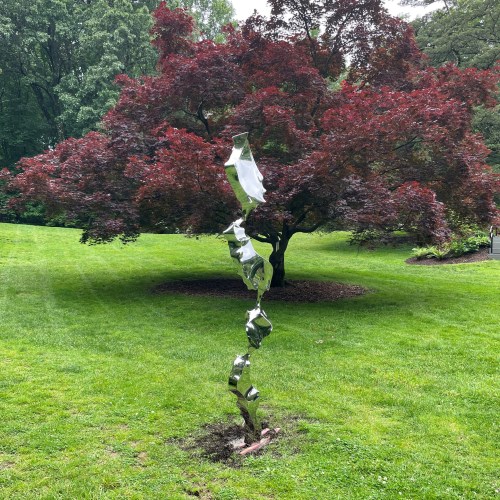 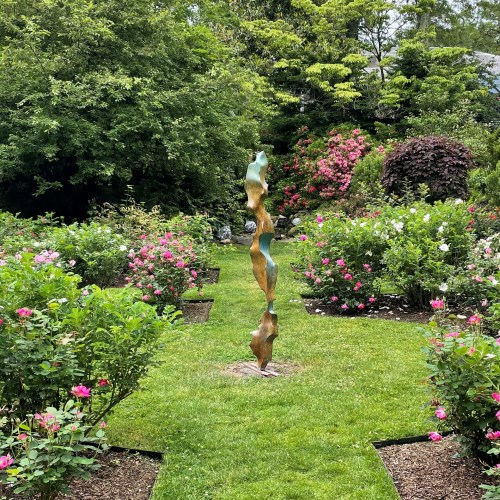 
Jon Krawczyk was born in Boonton, New Jersey and graduated from Connecticut College in 1992. It was his father's love of sculpture that drew him to the medium. He studied fine art throughout Europe before moving west to California in the 1990s. Early in his career he apprenticed with many acclaimed sculptors and icons of the second generation of great American metal sculptors. Over the last 20 years Krawczyk has parlayed these significant experiences into his aesthetic and studio practice. Jon Krawczyk has exhibited in several galleries across the United States and placed in many prestigious private art collections around the world. Several of Jon Krawczyk's most recent projects are large-scale, site-specific, public art installations at high profile locations in Silicon Valley-San Francisco Bay Area, Seattle-Bellevue, Los Angeles-Beverly Hills, Metropolitan New York, and New Jersey.

All art is for sale, and the artist will donate 30% of all purchases to Reeves-Reed Arboretum.