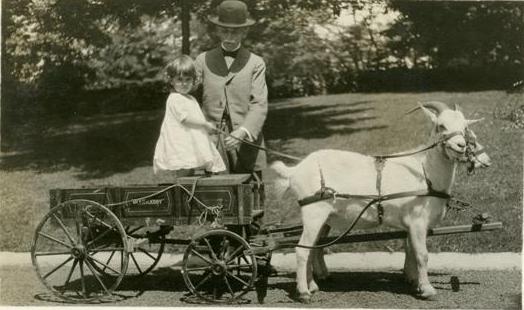 In October, our drop-in Saturday program focused on the Arboretum's "Historical Roots," with each session covering a different aspect of the past. Throughout the month, we explored topics including this area's role during the American Revolution. October 15 brought many visitors to the grounds, since it was Four Centuries in a Weekend, an opportunity for visitors to see historic sites throughout Union County.  Families who came to the Education Center discovered what it was like to be "A Child in the Clearing" – one of the Wisner, Reeves, or Reed children who lived here when it was a private home.

Children who visited that day were able to see the goats hard at work clearing the bowl, but they also found out that we have a bit of a history of goats on the property!  The 3 children of the Reeves family were given two goats and a goat cart by their grandfather. A few neighboring children also had goat carts, so they would all have races down Hobart Avenue. 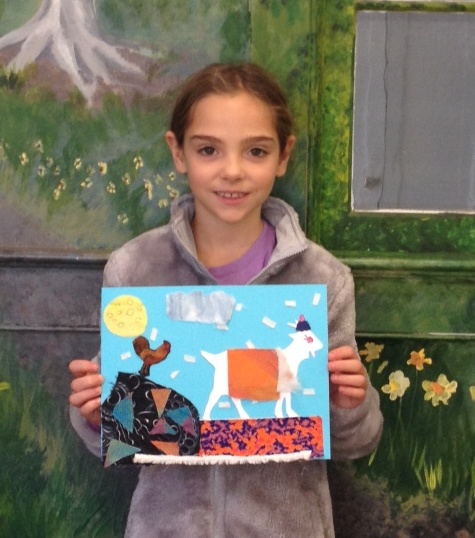